Believe it or not, I really wanted to hate this one…
Lemme elaborate.
Like me, I’m sure you’re all sick of the poster for every other horror release have at least one quote from an overeager reviewer bellowing: THE SCARIEST MOVIE EVER MADE. Now I don’t know about you, but I feel this can only be a recipe for disaster as fear is as relative as laughter and everyone’s different. Besides, this isn’t the first time an advertising campaign has scuppered my enjoyment of a subtle fright flick (see my review for It Comes At Night for details) so despite all the rave reviews, I set my expectations low….

As an exercise in chest tightening paranoia-horror (horronoia?), Hereditary is tough to beat and actually earns it’s comparisons to Rosemary’s Baby and The Exorcist although I also felt a kinship with The Witch, The Babadook and Pet Sematary too. Actually, The Witch is a good benchmark as to how well your gonna get on with this film. No patience for a creeping, deliberate snails pace that eventually explodes in a final half hour of legitimately unnerving horror and brain screwing imagery? Fuck off and watch Ouija 7: Ectoplasmic Boogaloo then. I’ll stick with this.
I’m gonna skim the plot, only revealing that a string of tragedies and unbearable grief lead a fracturing family unit into a spiral of unending horror and death, all of which leads to horrific ends, but rest assured, shadowy, barely glimpsed, grinning, naked guys standing in doorways will become the creepy thing de jour you’ll catch at the edge of your vision when the lights go down.

Apart from it’s barnstorming last 20 minutes, when sanity decides to take an sudden but expected leave of absence, the other most memorable thing about Hereditary is Toni Collette’s towering central performance. Evoking Ellen Burstyn’s role in The Exorcism, she is fucking magnificent as a woman with complicated (sometimes downright horrible) emotions who is thrown into the deep end of something she can’t possibly comprehend which is utterly out of her control. Scenes in which she displays unfettered, uncontrolled grief and a moment when her anger rises during a tense family meal are completely breathtaking. Top marks also go out to Alex Wolff who plays her son, this is an out of body experience far more severe than the one he had in Jumanji, that’s for sure.
The fact that this is a debut movie from a first time director is even more impressive. Ari Aster has a confidence in establishing mood and tone that is extraordinary and I’m hoping for further great things from him.
Any nitpicks I have about Hereditary don’t actually come from the movie itself but more from the sinking feeling that anyone with a modicum of a short attention span will probably dismiss the film without giving it the proper respect and attention it deserves. It’s a grower, it builds, the dread slowly creeping in from the edges until it finally consumes everyone and thing within. It seems the lot of every modern horror movie that actually has something to say these days, from Babadook, to It Follows, to The Witch to polarize audiences clean down the middle. 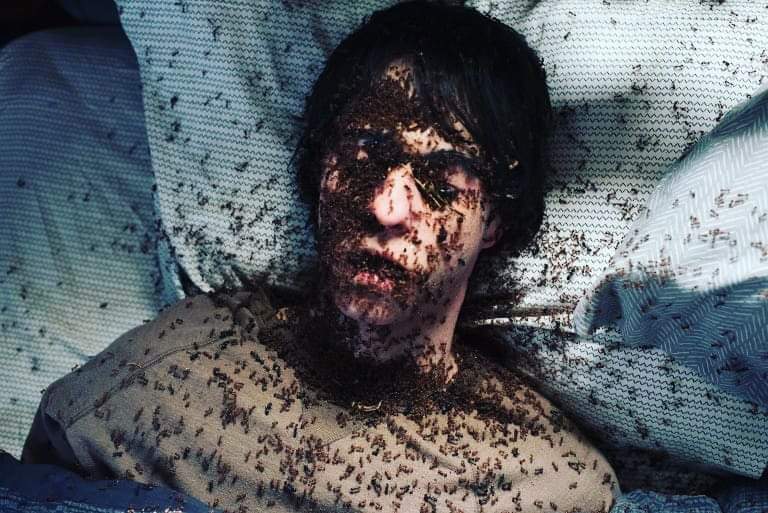 So, is it THE SCARIEST MOVIE EVER MADE? No, silly. There’s no such thing and everybody is different. But what it IS, is a extraordinarily well acted, well made horror movie that paints a twisted and haunting tale about the strains of motherhood and holding a crumbling family together in the face of insurmountable losses. And horror stuff. Lots and lots of horror stuff.
🌟🌟🌟🌟