After Moonraker had rudely shoved it’s way to the front of the line to get filmed and succeeded in pushing England’s favorite secret agent into the realms of intergalactic pantomime, For Your Eyes Only is a welcome, if flawed breath of fresh air after all that time without atmosphere. Fronted by Sheena Easton’s haunting title song, FYEO attempts to pour some much needed grit into the smug smoothness that had blighted the camp escapades of the previous outing, and while it certainly succeeds at achieving that it also proves to be one of the Bond films that somehow sticks least in the memory.

After a British information gaining vessel sinks containing a vital component used to communicate with missile carrying submarines, the race is on between MI6 and the Soviets to claim it. However, locked right in the middle of a race that takes Bond from Italy to Greece are two rival Greek businessmen of questionable allegiance and the vengeful daughter of a marine archaeologist who was slaughtered trying locate the downed ship.
Who can Bond possibly trust when he may have been given bad information from the very start and what’s the deal with incredibly annoying teeny bopper and professional ice skater Bibi, who seems to have marked James as a questionable conquest.
As one of the most interesting – and yet somewhow most forgettable – of the Moore era Bonds, For Your Eyes Only is a hugely commendable attempt to drag the franchise back into something approaching a serious spy movie. After the obnoxious spoofery of the nerve grinding Moonraker, actually making the story slightly more grounded gives Sir Roger a chance to do the kind of movie Connery and Lazenby did all the time without resorting to smugly driving a hovercraft through Venice or locking a dwarf in a suitcase. In fact, for a series that seems to pride itself in avoiding continuity whenever it can, the pre-credits sequence goes all out in referencing not only Bond’s deceased wife Teresa, but features a short, final showdown with an unidentified, wheelchair bound, cat stroking baldy who you’d definitely put cash money on being Blofeld.
Also the film really should be praised more for avoiding the usual straight line plotting, adding actual twists and villains that are much more complicated than the usual world conquering, megalomaniac Moore is used to rendering all kinds of dead for queen and country.

It’s a great shame then that for all it’s attempts to do something different, For Your Eyes Only ends up being so curiously unaffecting. Even long term fans have trouble remembering who the hell the villain is and despite wielding a crossbow with unnerving skill, vengful Bond girl Melina Havelock fails to make much of an impact.
However, adding to the maddening inconsistency of a film that seems destined to forever stump people in a Bond themed pub quiz, the stunt work is thrilling visceral. Presenting us with a gobsmackingly dangerous looking extended snow chase that has Bond hurtle down a tobbogan run while being pursued by a goon on a motorbike with nothing but a pair of skis – it could very well be the best snow bound action scene the series has ever done. Similarly well done is a car chase where 007 is forced to downgrade to escaping from bad guys in a battered Citroën after his Lotus only noteworthy gadget is to fucking explode when someone bashes the window in and nicely shows off his driving skills without resorting to oil slicks and machine guns hidden in the headlights. The same goes for a nail shredding scene where Bond has limited time to scale a cliff unseen with only minimum equipment and a robust jumper to aid him.
Not everything works, however. When the most memorable aspect of your movie is the extraordinarily uncomfortable sight of a sex mad ice skater, who barely looks old enough to tie her shoes, continuously hurling herself at a man old enough to be having had a midlife crisis the same year she was born, something has decidedly gone wrong. Also swapping out returning composer John Barry in favour of Bill Conti (best known for his work on Rocky, another man famous for punching out Russians) results in decent action beats but also means the film is drowing in jarring disco themes that sit awkwardly with a rapidly flushed Moore huffing and puffing away from gunfire.
When the appearance of of the supernaturally jovial Topol fails to make your movie stand out then something has obviously gone awry but to be frankly honest, after all these years I still draw a blank to what the problem actually is. Maybe if the film had been made earlier (after The Man With The Golden Gun, perhaps) it wouldn’t feel so out of place and maybe if it had a more clearer defined villain (it’s left uncertain who the bad guy actually is until the midway point) it might not feel so random but one thing I do know is that ending the film with Margaret Thatcher being wooed over the phone by a parrot was probably not the way to go… 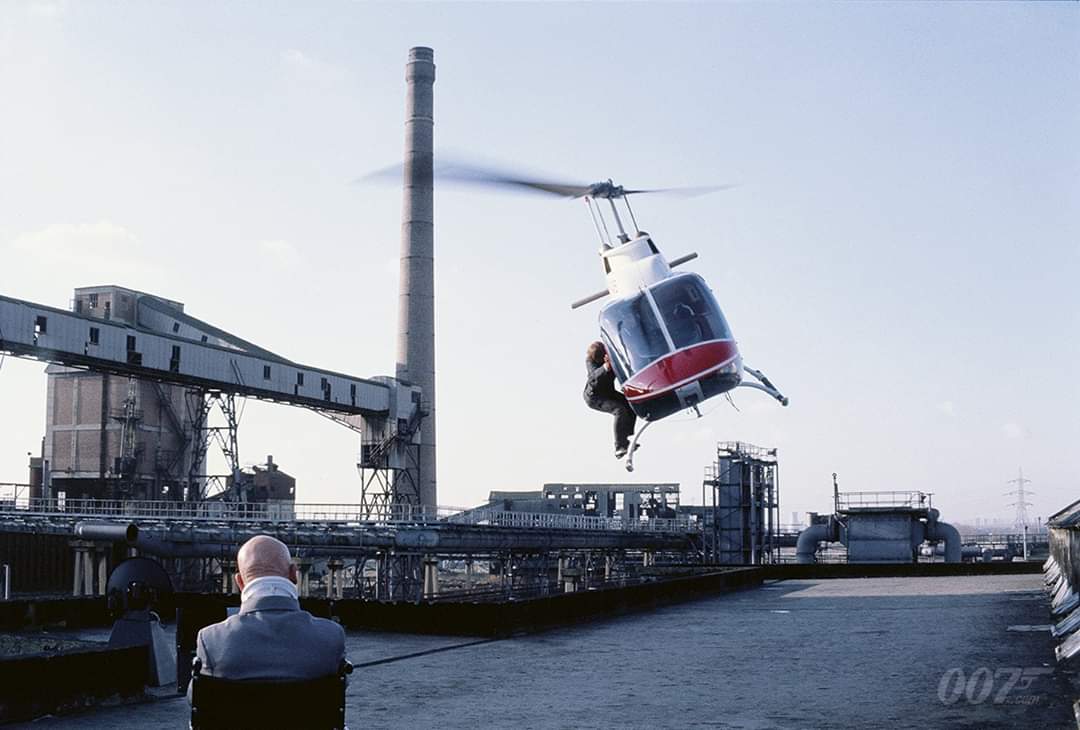 A “lesser” Bond that’s still got plenty of aspects going for it, For Your Eyes Only remains a film that should really be better received by the masses but instead turns out to be as beneficial to the memory as a concussion…
🌟🌟🌟