Super-producer Roger Corman was never one to let an easy buck pass him by so when Jaws scored huge at the box office he was ready to dive into the virgin oceans of the newly minted sub-genre of the killer animal movie. However, while getting crunched on by a massive, sea bound leviathan was scary enough, imagine hundreds of toothy little mouths picking you clean as you soundlessly scream bubbles and sink to the river bed. Armed with a savvy script by John Sayles (who would go on to ape Jaws further with the equally entertaining Alligator) and some eager direction by young director Joe Dante, Piranha is a quirky, vastly satisfying slice of 70’s genre work, which is jam packed with character and is surprisingly (and amusingly) spiteful despite (or even maybe because of) it’s pulpy origins.

A couple of hikers discover a fenced off and seemingly deserted research laboratory in the middle of the forest and immediately desides to skinny dip in the pool they find there (they’re young, on holiday AND American so why wouldn’t they?) but are repaid for their happy-go-lucky, live live to the fullest nature by being eaten by a shoal of genetically modified Piranha that were created by the military with the aim of releasing them into the water systems of North Vietnam during the war. Later, tenacious skiptracer Maggie Mckeown teams up with belligerent town drunk Paul Grogan (a fantastically bad tempered Bradford Dillman) to search for the recently digested couple only to unwittingly drain the pool into the local river and so the lethal swarm of bite-happy, fish-bastards surge down stream, chowing down on anything in their path like a perverse reversal on a sushi buffet.
As Maggie and Paul race to try and raise the alarm, the Piranha get ever closer to a lake-side regatta being held down stream, and worse yet, standing between the killer fish and their main course is the appetising starter of a river-side kids camp that Paul’s timid daughter attends.

For a cheeky film about murderous fish in an all-American river, Piranha has a surprisingly mean streak running along it’s flank. Sure Bruce The Shark made short work of the little boy on the raft (not to mention downing Pippin the dog like a fistful of popcorn) but the sustained attack on the kids camp is so cruel it’s actually shocking (albeit in that textbook, wickedly humorous way that Dante pulled off so well in the early parts of his career) and much like the later massacre at the gala the mean-spirited chuckles of a woman getting bitten on the boob give way to much somber sights of crying and suffering that almost feel like the Civil War wounded scene from Gone With The Wind. And STILL the movie ladles on the nasty; Paul’s daughter overcoming her fear of water and racing to save two kindly camp counsellors only to heartbreakingly to save just one of them; a boy recently orphaned by the toothy little shits is saved at the cost of the life of someone who could’ve convinced people as to what was happening way faster, and so on. I’m a spiteful little shit when it comes to horror but even my heart sinks at the shot of Paul Bartell’s gruff comedy camp counselor staring up hopelessly from a blanket covering a little freshly chewed corpse. One thing that helps balance the mood between the nastiness and the more outlandish humour (Dick Miller’s Jewish huckster in a cowboy hat is the first thing that comes to mind) is the refreshingly down-beat score from Pino Donaggio which, while never coming close to the tension of John Williams, anchors the film with enough weight to let the darker moments register. That’s not to say it isn’t legitimately funny, with grade: A zingers whizzing about the place faster than those peckish piscines can swim. “What about the goddamn piranhas?” Hisses an irritated Miller at one point. “They’re eating the guests, sir.” Is his assistants sharply reply.
This, at the end of the day, is Dante’s film though and it bares many parallels with his later films, especially the truly magnificent Gremlins which also dropped a bomb of malevolent pint sized monsters on a similarly shining example of painfully innocent Americana. His enjoyable habit of populating minor roles with actors of yesteryear starts here too with the aforementioned Dick Miller being joined by the likes of Kevin McCarthy and Barbara Steele.
Yes, this is the B movie distilled into it’s purest form, but it damn well knows it and it’s also pretty fucking good, with living, breathing characters (until they’re reduced into easily swallowable chunks) being realised by savvy actors, following a great script, while listening to great direction. 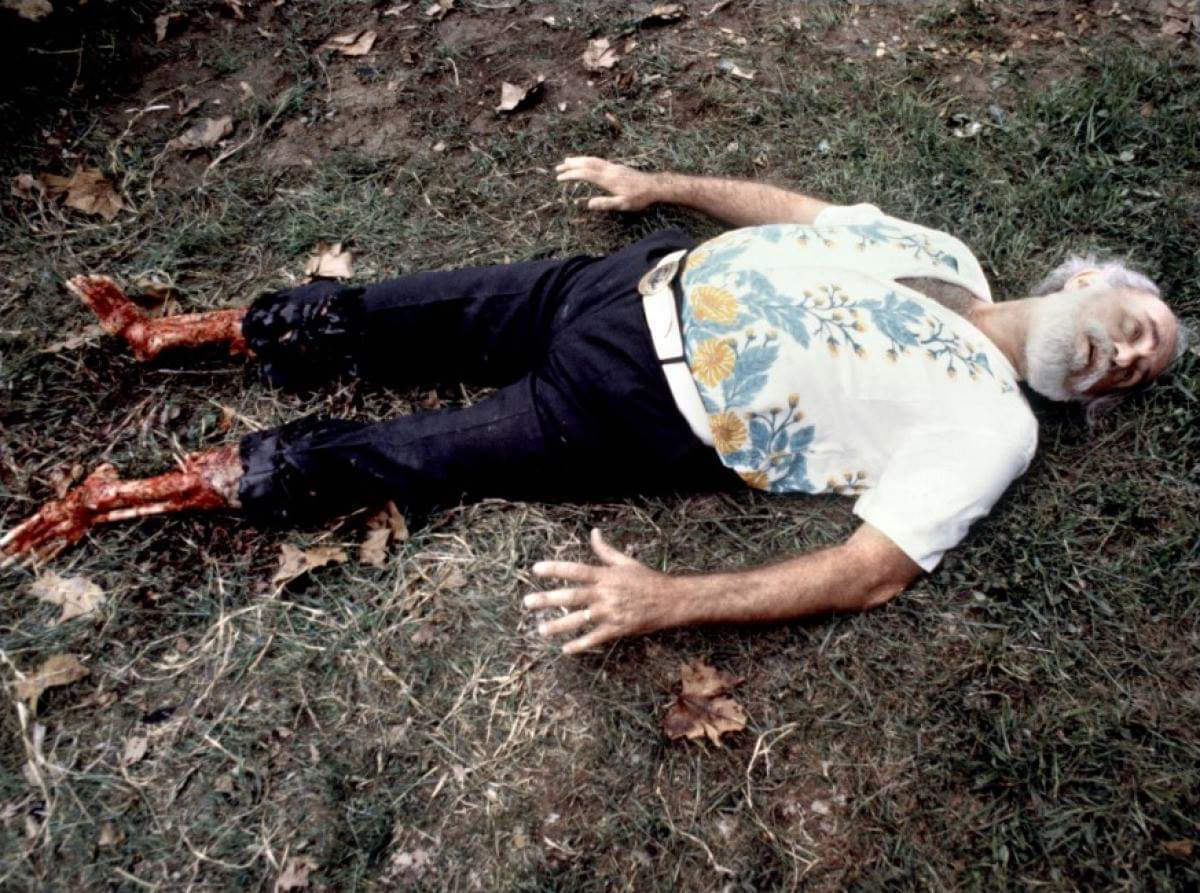 Endearingly dated, yet thoroughly intelligent, Piranha isn’t a horror film that needs to fish for compliments.
🌟🌟🌟🌟