I, like most people, inwardly and outwardly groaned at the prospect of a Jumanji remake. I mean, I’ve never been the type to turn my nose up at any reboot but fucking JUMANJI? While hardly a stone cold classic the original was an above average adventurer featuring an appealing and rare action turn by the late, great Robin Williams and (then) state of the art CGl which understandably has somewhat of a loyal following, but the fact that Hollywood was now deeming it fit to aim it’s fiercesome reboot machine at a movie made in the nineties was admittedly somewhat alarming.
Added to this that it also seemed to be part of Dwayne Johnson’s bucket list to appear in virtually every franchise ever made and thus warning sirens were set off everywhere – but get this: Jumanji V.2 is actually pretty damn good, in fact it’s a pleasantly undemanding romp that powers through on the strength of it’s four leads by the sheer power of their combined super-nova-sized charisma.

Surprisingly and gratifyingly, we pick up were the original movie left off, with the malevolent board game discarded on a beach somewhere where it’s picked up and then promptly ignored – I mean apart from millennials in gastro pubs, who plays board games anymore, amirite? So anyway, Jumanji, goes all Nintendo and turns itself into a video game cartridge and it’s off to the races. Four Breakfast Club type high school kids wind up in detention together – nervous nerdish Spencer, brash sports star Anthony, selfish snapchat-brat Bethany and stand off-ish Martha – and discover the strange video game console that has been given in to goodwill. Sucked into the game after attempting to play it, the quartet become the avatar characters they picked and have to play the game all the way through if they have any chance to escape back into the real world. Spencer is now the muscular man mountain Dr. Smolder Bravestone, Anthony is the diminutive sidekick Franklin “Mouse” Finbar, Martha is high-kicking Ruby Roundhouse and, most bizarre of all, Bethany is the rotund and very male Professor Shelly Oberon and the quartet discover they all have all the video game mod cons such as special skills, weakness and a mere three lives a piece.
As they head through the different levels while desperently clinging to their 3 lives and gradually learning to work as a team, the group bond as they overcome the potentially lethal obstacles in their path but can they actually make it to the end of the game and save Jumanji? 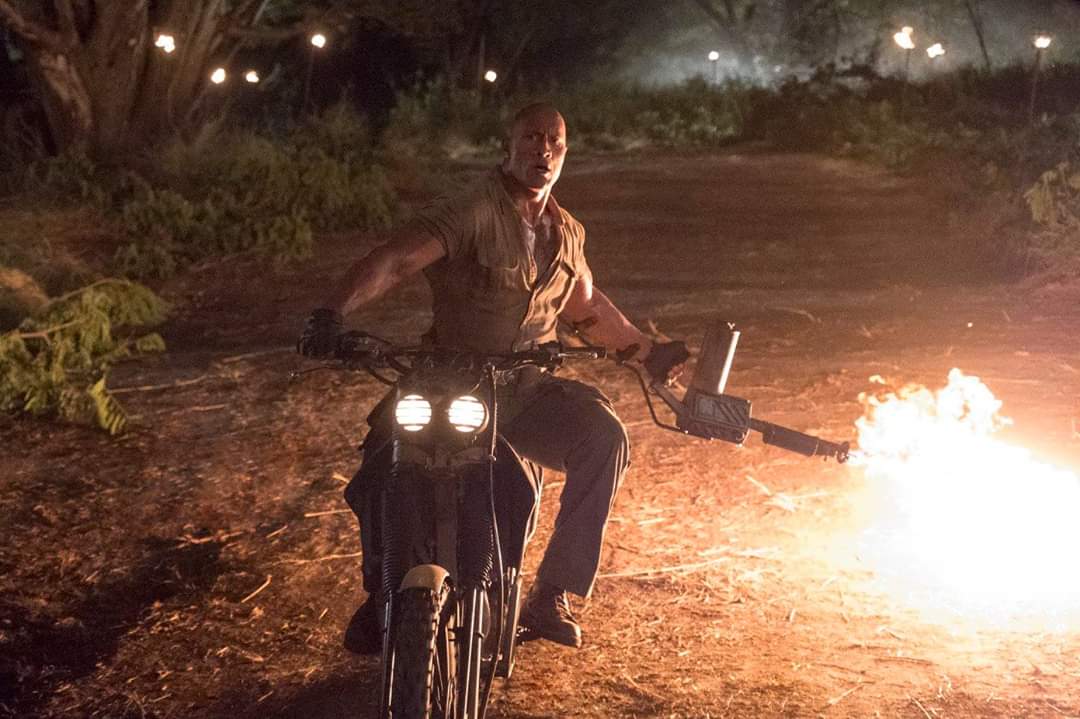 The four leads are frankly fantastic, basically playing against type to great effect and Dwayne Johnson and Kevin “oh HELL no!” Hart continue their tremendously entertaining mismatched buddy schtick. However Karen Gillan nearly aces the movie with a toe curlingly awkward attempt trying and seduce some henchmen but it’s Jack Black essentially playing a vapid teenage girl who walks away with it lock stock and barrel while excitingly learning how to urinate with a penis for the first time (“You have, like, a handle!”). In fact the whole tone is pretty much similar to Black’s own Goosebumps movie from a year or two earlier, which itself ironically felt like an enjoyable Jumanji clone.
There’s also an impressive case to be made that Jumanji: WTTJ is one of the better video game movies too. While not actually based on an existing title, it plays all the tropes beautifully: three lives, cut screens, computer controlled players with repeated dialogue, it’s all here and a LOT more fucking fun than other, actual video game movies like Assassin’s Creed, that’s for damn sure.
The plot and action are hardly ground breaking but perfectly serviceable although the villain is almost a non entity despite being played by Bobby Carnivale but this is an endearingly daft video game romp with great comedic performances and fun to spare. If fact Jumanji’s most suprising secret weapon is exactly that: surprise. Trailers made it look like somewhat of a callous retread but in actuality the movie is a respectful sequel that enhances and updates what Jumanji is while being astounding respectful to the source material.
And finally, on top of everything else, it’s amusing to see Alex Wolff possessing the body of Dwayne Johnson considering the indignities he suffers with a similar problem in Hereditary – I guess turn about really is fair play… 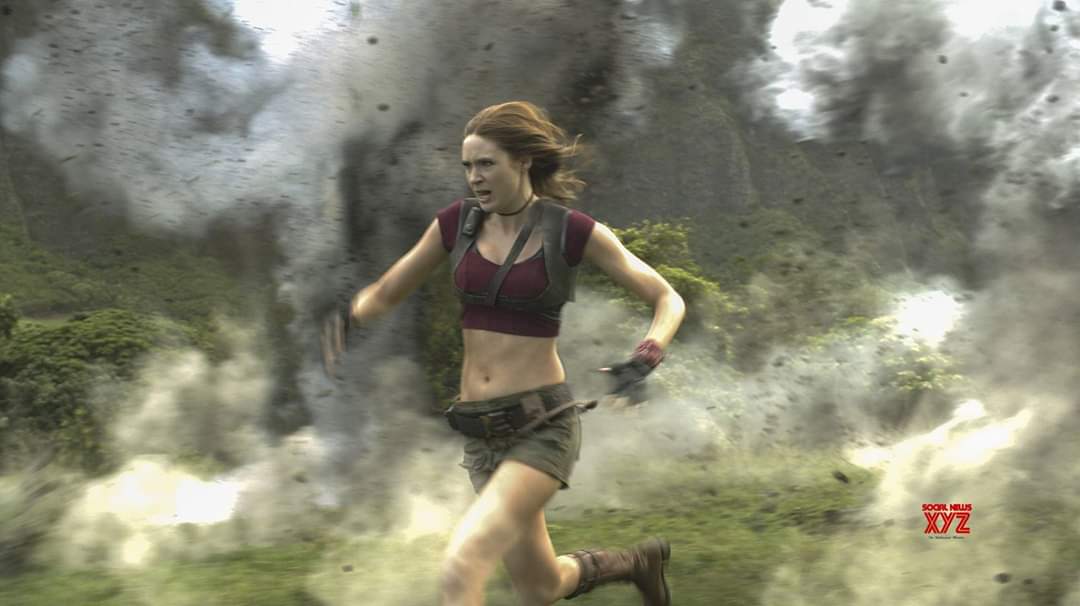