If cinema history has taught us anything over the years, it’s that horror is usually best when it’s high concept and low budget. It’s a matter of money of course. The more money you spend on a film, the more you need to recoup your cost which means you have to make it accessible to the widest possible audience which THEN means you have to curb the truly nasty stuff to keep your rating down. Needless to say, Stephen King’s It has some truly nasty stuff lurking within it’s many pages and a primetime TV miniseries in the 90’s failed to capitalize on the more haunting aspects of the original story beyond having Tim Curry scream at people in a Brooklyn accent. Skip forward (an eerily fitting) 27 years and just like the form fluid clown itself, IT rose again in a brand new take under the directorial eye of Andrés (Mama) Muschietti who – along with Warner Brothers – had the brass balls to neglect the very rules I laid out at the start of this review and threw decent amounts of cash at the aforementioned nasty. While never truly achieving the bone chilling creeps of modern frighteners like Hereditary or The Witch, IT was fantastically realised ghost house ride whose repetitive jumps were forgiven thanks to it’s incredibly strong child cast and the creation of a brand new(ish), bonafide horror icon in Bill Skarsgärd’s frenzied portrayal of Pennywise The Dancing Clown. However, only the first half the tale was told and thanks to the adaptation being the highest grossing horror movie in history we now, finally have Chapter 2, a darker, more measured, more mature end to the story.

After a horrifying hate crime signifies the return of an evil entity thought dead for 27 years, Mike Hanlon calls back the rest of The Losers Club, the group of seven friends who originally halted it’s reign of child-eating a those years ago to honor their pact and finish the job. However, life outside of the town of Derry has led to each member forgetting virtually everything that happened to them and many, while still successful, are still stuck in similar ruts they suffered when they were children. Bill Denborough, while a successful author is still a wounded soul, Beverly Marsh has gone from an abusive relationship with her father to one with her husband, hypochondriac Eddie Kaspbrak has married a surrogate for his domineering mother and so on.
Upon return, each member has to confront their issues while simultaneously dodging the attention of the creature’s favoured form, that of a malevolent clown until they are ready to finish things once and for all… 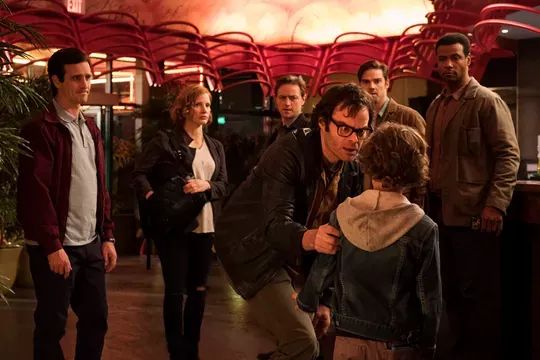 To come clean before we delve any further into Pennywise’s domain, it wouldn’t be far off base to describe the novel IT as my own personal Lord Of The Rings. Burrowing though a gargantuan hardcover I borrowed from the local library I absolutely bonded with the Losers Club and simultaneously couldn’t wait to see what horrors the multi formed villain of the piece would unleash next and the flat 90’s miniseries didn’t even come close to capturing the experience but then how could it? IT is a whole lot of novel, after all… and this brings us to the biggest hurdle this movie has to overcome: it’s own story. When you have 7 main characters, all with different shit going on both internally AND externally, you can bet your bottom dollar that to establish it properly is gonna burn up a fair amount of running time and you best believe IT Chapter 2 is LONG. Such length can only be detrimental to the scares (much like chapter one, it’s loaded with jumps, fantastic imagery and cool-ass monsters but not much in the way of actual creeping dread) as you simply cannot scare an audience that long without fatigue setting in and taken as merely a Child-Eating Clown Movie, it just isn’t as a relentless terror ride that people may be hoping for. And yet, as an Epic Story About Friends Rediscovering Each Other And Beating Their Demons WHILE Fighting A Child Eating Clown Movie it scores big. Much like the preceding film It Chapter 2 has a devastatingly good array of talent on screen and boasts casting so accurate it makes Marvel looks like they pick actors using a dart and a blindfold. Not only have they cast really good actors but most look EXACTLY like their childhood counterparts which avoids that disconnect you usually get when switching between actors playing the same role at different ages. James McAvoy, whom I dearly love but tends to overact more the higher the budget goes, brings a stoicism to sensitive author Bill, Jessica Chastain carries quiet dignity as abuse survivor Beverley but it’s Bill Hader as adult Richie who scores MVP of the Losers cast. Guarded, obnoxious and really fucking funny, both he and Finn Wolfhard may actually be the best duo of actors playing the same role I’ve ever seen, in fact only the role of adult Ben Hanscome is the only one that feels (no pun intended) a bit thin. Of course we can’t ignore Pennywise and Bill Skarsgärd’s performance continues to bring an iconic, otherworldly aura to the evil, face-painted prick without allowing overexposure to dull the effect.
Yes, the sheer length will deter (but I can’t be the only one who finds the thought of watching both chapters back to back a mouth watering, 5 hour titillating prospect) and the more out there notions of the plot (Native American ritual The Ritual Of Chüd finally makes it over from the book) may frustrate those waiting for more hot clown action but, speaking as a fan, this is the most complete adaptation of one of my favorite books there has ever been and – unless there’s going to be a 10 episode Netflix version in another 27 years – ever will be. 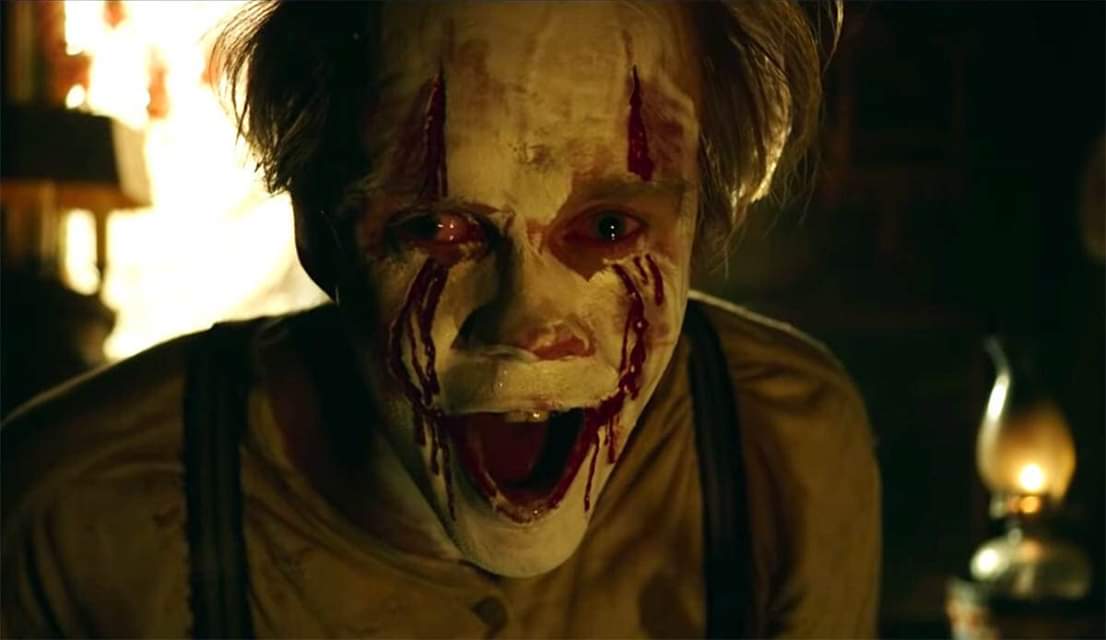 Did IT Chapter 2 make me scared? Not even once – but I did cry – and that’s more important – due to a great cast and a great story… and a giant clown spider.
Less an exercise in terror, it’s actually a touching story about true friendship and slaying the demons that may stunt your personal growth. Not bad for a movie that has a giant clown-spider in it…
🌟🌟🌟🌟