The Scream series has many things which sets it apart from it’s similarly stab-happy, slasher brethren but one of the more radical is that it’s a rare franchise containing a masked killer in which the protagonists are the returning fixture and it’s the killer’s identity that shifts from film to film. It’s a bold tactic that no doubt sprung from the whodunit-style demands of the plot that allowed us to cheer on Sidney Prescott, Dewey Riley and egotistical reporter Gail Weathers as they manage to duck, avoid, run and fight their way out of the path of numerous killing sprees (although an argument could be made that after getting nastily mauled in two movies in a row, Dewey hasn’t been avoiding much of anything). Seeing characters return is always a nice thing, but in the horror genre (especially in a Scream movie) the predictability of who survives and who doesn’t is somewhat muted when your leads stubbonly insist on repeatedly surviving; and so a question presents itself: in exactly how many films can you get away with NOT killing the same trio of characters?
I’ll give you a clue – the answer certainly isn’t 3…

A new spate of killings featuring an assailant clad in the monochromatic colours of Ghostface surface but this time the mystery murderer has targeted the troubled Hollywood production of Stab 3 in order to draw out the reclusive Sidney Prescott. Dewey and Gail Weathers, her fellow survivors of the previous two bloodbaths are already on the scene as the former is an adviser on the film and the latter has been brought in to assist the police but all find nailing the killer next to impossible as the tricksy figure works their way through the young cast.
Menwhile when Sidney, who in a nice touch is now a phone based crisis counsellor, finally gets wind of what’s occuring she decides to come out of hiding in an attempt to put a halt to the new murders but this time things seem different. This new killer seems to claim some kind of new connection to Sidney, constantly bringing up her dead mother in sadistic mind games, hinting that further unknown details of her life exist but is this a lie or is there truth in these deranged tauntings. As the victims-to-be realise they’re in the middle of real-life third installment in a trilogy they begin to realise that anything goes and that plenty more bodies will be piled up by the time this mystery is solved. 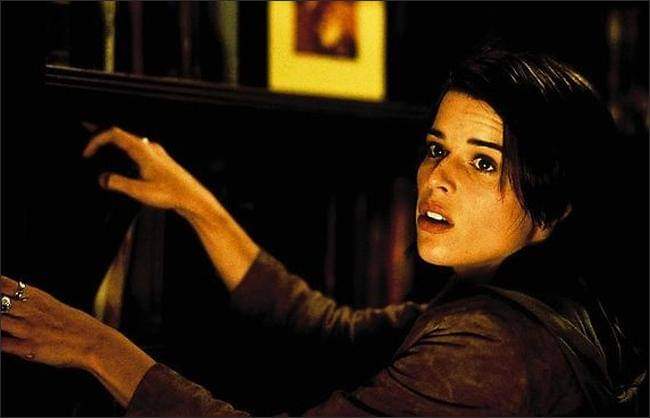 While the point I made at the start of the review is a major cause of Scream 3’s spectacular downfall, there are other points that mark the film out as a hugely frustrating buzz kill, the first being that original scribe Kevin Williamson had jumped ship while leaving a two page outline in his wake as he fucked off to pastures new. Taking up the reigns in his stead was Erhen Krueger responsible for penning twisty thriller Arlington Road (yay) and the later Transformers sequels (boo! BOOOOO!) but Williamson’s presence is sorely missed right from the outset.
Another massive problem (and it hurts my soul to even say this) is that Wes Craven visibly seems to be getting sick of ghostly white masks and know-it-all teens as his spritely and nimble direction that made the first two movies move like a greased whippet through a drainpipe (e.g. fast) seems to have slowed to the kind of crawl that suggests sequel fatigue. Thanks to fallout from the tragic Colombine school shooting there’s none of the spectacularly brutal murders that rendered past victims cut to ribbons and anyone who falls under Ghostface’s knife does so frustratingly easily.
Setting the movie in Hollywood initially seems like a masterstroke with a clutch of set pieces set literally on the set of a slasher movie (too many “sets” in that sentence there…). A scene where someone is stalked in a room full of empty Ghostface costumes and another where Sidney is chased through a replica of her old house only to find half the doors don’t go anywhere are loaded with potential but frequently fail to live up to it. Similarly the unlikely plot wrinkle that the killer under the Ghostface costume now comes complete with a voice changer that can now mimic other people perfectly is also not really used to it’s fullest.
The horror/comedy is noticably out of whack with ay too much humor which veers dangerously into self parody (a Jay & Silent Bob cameo Miramax? Really?) although a hugely broad performance by Parker Posey (as a actress playing Gail Weathers) score laughs as does an out of the blue cameo from Carrie Fisher. But despite this, Krueger just can’t get the balance right, and some scenes just devolve into people running around and screaming but in a farcical way instead of a scary one and the climax gets too bogged down by trying to link everything together and connecting too many dots. Maybe the film should’ve sobered things up by daring to annihilate one of the trio of leads (I would have gone with Cox, personally) the way Jaime Kennedy’s Randy was taken out in Scream 2 but the filmmakers even fluff that by having the movie nerd have one final appearance that’s cringeworthy as it is silly.
One thing that DOES dry up the laughs, however is the perturbing plot thread that concerns Lance Henricksen’s sleazy horror producer who is revealed to have held casting couch parties where women were expected to sleep with filmmakers in order to get parts. That’s creepy enough but when you take into consideration that Harvey Weinstein was an executive producer on this movie it adds a whole new layer of chills that has nothing to do with hokey phone calls and billowing costumes and the line “Hollywood is full of criminals who’s careers are flourishing.” no longer draws out the cynical chuckles it once did.
On the flip side, Neve Campbell continues to show Sidney as progressively more of an asskicker, beginning as a reclusive counsellor and ending as a full blown warrior woman who trades right hands with her stalker like an MMA fight she’s one of a few actresses in horror (alongside Jaime Lee Curtis and Heather Langenkamp) who’s been given the chance to explore what being the survivor of a slasher film would be like. 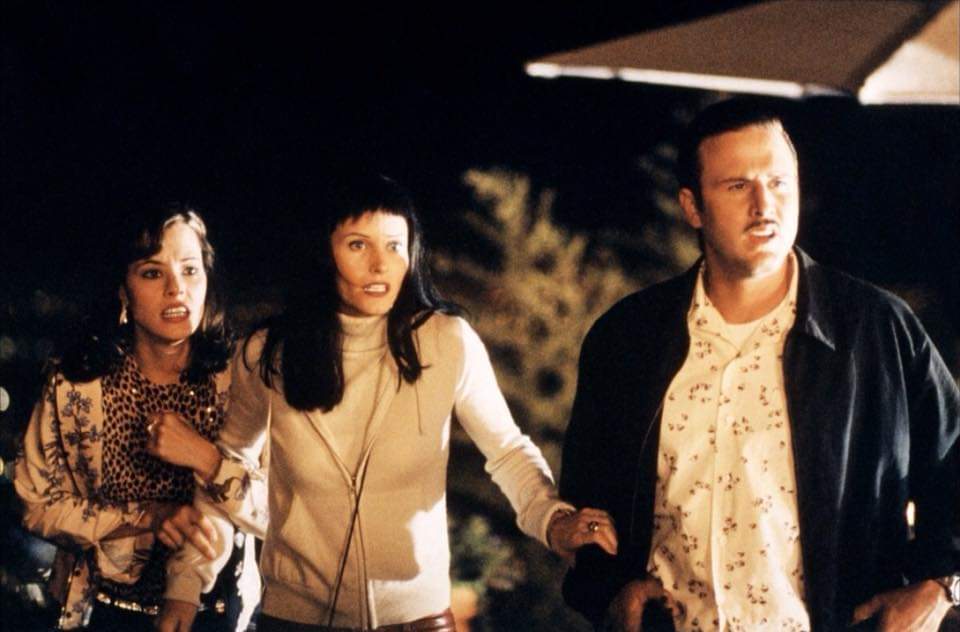 Despite it’s attempts to break the rule that the third part of a trilogy is usually the weakest, Scream 3 instead becomes the poster child for franchise fatigue; but where that usually means that familiarity has bred contempt with the audience, ironically it feels it’s settled on the other side of the camera instead. A meta irony worthy of the series itself…
Scream free.
🌟🌟